The video that killed Angel 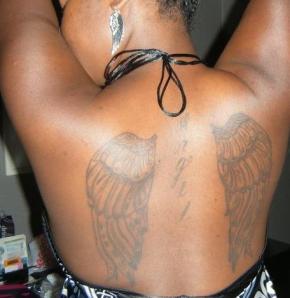 Its been on my mind to share my current story with the world in hopes to encourage others who may be going thru the same things that I am going thru. I have spent years sharing the story of my past with anyone willing to listen, but its time for me to talk about the now. I am positively changing my life. I sometimes fear that the changes I am making are not the best. They say honesty is the best policy but how honest should one be? Prior to my 27th b-day the majority of the people I considered to be my friends didn’t even know my real name. I painted a perfect mask and I wore it every day. I didn’t keep my medical appointments. I didn’t accept any public speaking requests, and I was only minimally involved in anything that had to do with HIV. I was hiding because I read a few negative responses posted on a youtube video about me. I let the words of the ignorant force me into a closet. That same video was found by someone who was “friends” with “Angel” and just as soon as it was viewed by that one person, it was posted on “Angels” facebook wall and from there it was inboxed to several people. “Angels” phone started to ring off the hook. Friends became enemies and it t was that moment Angel died and Lynnea was pushed out of her closet.

I was reminded of just how uneducated people are about HIV. I was surprised by how many people ran from me, threatened me, hated me, all because of a microscopic part of my blood. I felt like my secret was going to get me hurt. I left LA paranoid and afraid of the fact that I had hurt so many people. During the time I wore my mask I lived life based on what felt right at the moment. HIV was always in the back of my mind so I was sure to insist and encourage the use of protection with my sex partner but not many people trust a condom when they know the person they are with has an infection that is incurable.

my secret coming out started a testing frenzy amongst the 300+ people who were on my facebook page. I responded to all the negative calls, text messages, and e-mails with the phone numbers and addresses to local free testing centers. I was told that the next day several people showed up at the locations that I suggested.  I deactivated my facebook page and ignored my cellphone for the next few weeks. Angel had a very fun and exciting life. She went out almost every night. Karaoke on Mondays Wednesdays and Fridays, Taco Tuesdays, club hopping on Saturdays and Beach bonfires at any time on any day that she felt bored. Angel is gone and so is that life. I’m not sure what to expect from this new life but I’m sure it will be Positively Beautiful!

One thought on “The video that killed Angel”

Lynnea April Garbutt was born in Los Angeles California. She found out about her HIV status at the age of 7. For as long as she could remember she has had dreams of being a model. The older she got the more she saw her dream fading away. She felt that no one would consider her to be beautiful because of all the hurtful things she heard said about HIV positive people. At the age of 20 she realized that no matter what people said she was still beautiful and HIV was never a part of her appearance. Lynnea wanted to spread the message that HIV could happen to anyone, and they would still be beautiful. In 2006 Lynnea, age 21, lived her dream of being a model by enlisting the help of a friend and The National Association of People With AIDS also known as NAPWA. The Positively Beautiful Fashion Show came to life during the Positive Youth Institute at The Ryan White National Youth Conference. Lynnea, who is now 30 years old, still feels passionate about inspiring other positive people to recognize their own beauty while proving to the world that HIV has no look. In May of 2014 Lynnea found out that another seemingly impossible dream of hers would soon come true. She grew up believing that motherhood would never be apart of her story. In November she gave birth to her beautiful HIV negative baby girl. Lynnea now knows that it is her calling to continue to educate the world about HIV/AIDS and what a positive life entails. She has experienced stigma and ignorance as well as amazing love and support. Lynnea has a story to tell and it is Positively Beautiful!